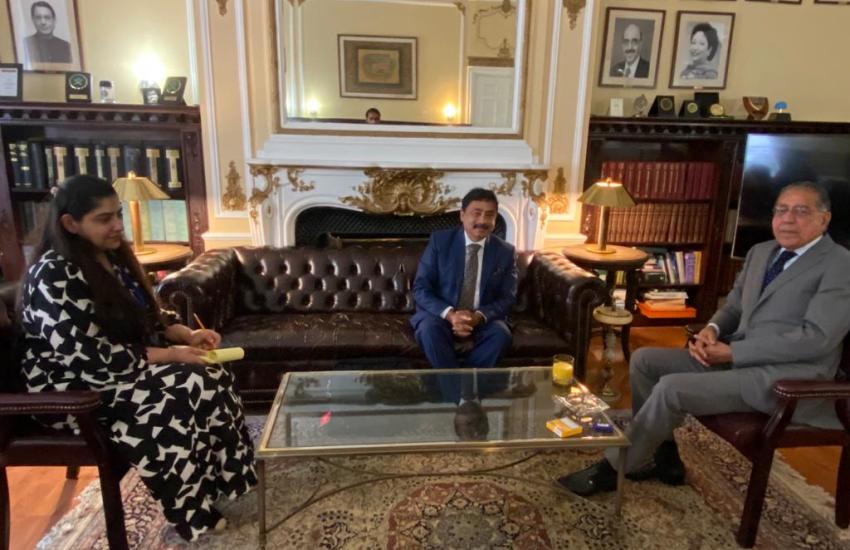 G77 assures support for CFC and the cause of commodities

H.E. Ambassador Munir Akram, Permanent Representative of Pakistan to the United Nations, Chairman of the Group of 77 and China reassured the support of G77 for the Common Fund for Commodities (CFC) and its future initiatives to raise fund through innovative means like the Commodity Impact Investment Facility (CIIF).

Ambassador Akram highlighted the importance that G-77 attaches to the issues surrounding commodities and wished to see much engaged CFC to the workings of G-77 and other organs of the United Nations. He particularly advised CFC to work closely with the Second Committee of the United Nations so that the good work of the CFC could be readily shared with others. The Chairman of G-77 agreed to the new reality of development loss due to COVID-19 and geopolitical conflicts. It is time to remain focused on the achievement of SDGs with particular attention on the developing countries.

Ambassador Belal reassured CFC’s total commitment to the G-77 in particular to the United Nations ecosystem, in general, as CFC is trying to reinvent itself with more resources and funds. Ambassador Belal, Managing Director of CFC, briefed the Chairman of G-77 on the growing number of commodity dependent countries and as such explained how the issue of commodity dependence is a far bigger problem of the developing world. Referring to UNCTAD’s latest report on the Status of Commodities, CFC MD urged G-77 to deliberate more and suggested modalities to address the issue of commodity dependence as we walk together along the sustainability road map.

Ambassador Belal thanked the UN ecosystem for reinvigorated efforts towards achieving SDGs and wished to see more system-wide coordination for addressing the issue of poverty. As commodities are where poverty is more wrapped around, we have to pay greater attention towards localizing the development with added attention to smallholders and SMEs (small and medium enterprises).

Ambassador Akram thanked CFC MD for his proactive efforts to raise funds through the commodity impact investment facility (CIIF) and assured to help CIIF when it is formally launched.

Ambassador Belal conveyed deep condolences on behalf of the CFC to the flood hit people of Pakistan and hoped that international community will come forward by not only helping the flood stricken people, but will also do the needful to address the climate challenge.

The meeting concluded with mutual resolve to remain engaged.