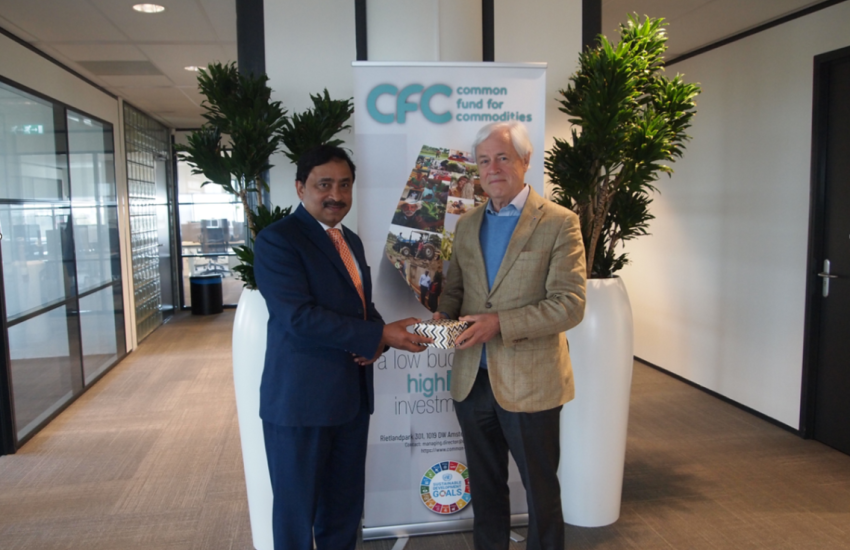 Mr. Herman Mulder is considered as one of the pioneers of sustainability roadmap and is accredited with a number of organizations ranging from United Nations to a number of Dutch Institutions. He also worked as Senior Adviser, United Nations Global Compact Office and presently working with innovative portfolios as Chairman, SDG Charter Foundation, advisory board member of Social Finance NL, and expert member of Reference Panel IOB/Ministry of Foreign Affairs of the Netherlands.

Given the heightened demand for CFC services, Amb. Belal presented new ideas like Development Impact Bond (DIBs) to serve both impact investment per se as well as technical assistance, Commodity Impact Investment Facility (CIIF), which was approved by CFC member countries at the 33rd Governing Council meeting in December 2021, and which  is currently in the process of setting up as a legal entity.

In response, Mr. Herman Mulder, while recalling his participation in CFC’s 30th anniversary celebration as a panelist, concurred the issues of commodity dependence. Mr. Mulder reiterated the importance of innovations and appreciated CFC’s quest for new tools and products, that, according to him, could be upscaled across the impact investment spectrum.  Mr. Mulder assured to extend his best cooperation to help CFC so that innovative ideas like DIBs, CIIF etc. could get their rightful place in the impact domain. Amb. Belal thanked Mr. Mulder for his time to visit the CFC as well as for his passionate hearing.

The meeting was concluded with their mutual resolve to continue their partnership for sustainability.