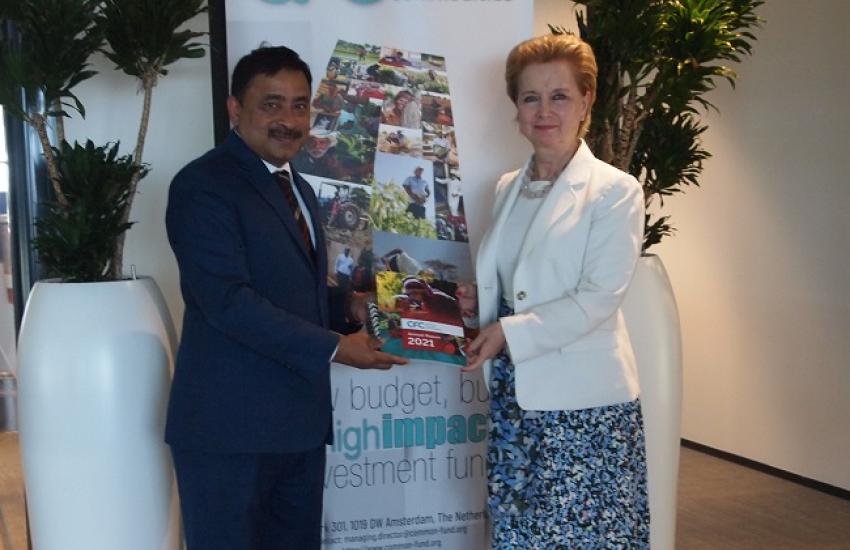 H.E. Ms. Carmen Maria Gallardo Hernandez, Ambassador of the Republic of El Salvador to the Netherlands, is seen with Managing Director Ambassador Sheikh Mohammed Belal at the Secretariat of the CFC. H.E. Ms. Gallardo Hernandez came to visit CFC for the first time to know more about the activities of the CFC and its impact on the ground.  She further enquired on modalities of how the Republic of El Salvador could become a member of CFC to avail itself of the benefits of CFC’s membership.

Ambassador Belal briefed H.E. Ms. Gallardo Hernandez on the current as well as probable future initiatives of the CFC. Appreciating El Salvador’s good standing in the region, enhancement of regional projects in the agri-commodity sector might be a possibility in the future to consider.